Yes gees Full Beam! is back for 2016!... We are out of administration and back in the black. The Hydrofoil is once again fully operational and has been kitted out with more extra gizmos that inspector gadget's Y-fronts. Including a state of the art radio mast that we will be using to send regular transmissions out around the world... in fact we've already been doing this...

Full Beam! FM (From Manchester) will be broadcasting live on NTS Manchester (on the international stream) once per month. Hosted by Randall Marsh, sonofapizzaman and new regular and longtime pal Ruf Dug - we will be playing: BOOGIE Blasters. Street Soul. 50p bangers and rare tackle. Modern Funk - whacked-out RNB - Synthesizer funk - specialist soul ETC. First 3 shows are up on the mixcloud already so TUNE IN!!! That's six hours of proper boogie for you right there. 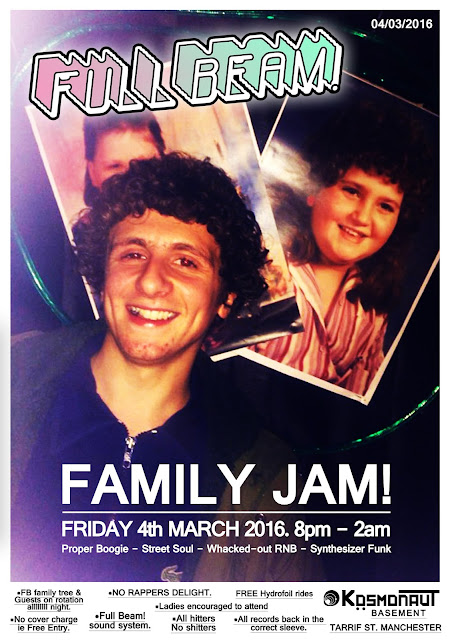 The hydrofoil's gonna be ram raiding KOSMONAUT bar (yeah they're letting us back in) on Friday 4th March from 8pm-2am in sunny Manchester UK... The FB! soundsystem will be installed for extra grunt and we got some giveaway prizes too for early comers. The Full Beam! family tree will be joined by some of our closest and mostest for a proper boogie affair. As ever (apart from one time we charged a fiver - not doing that again cash is for turds) Full Beam! is a FREE jam (All Wax NO Tax) for all with ZERO cover charge however, if you do feel like contributing to the Hydrofoil's petrol fund then you can buy sonofapizzaman a drink cause it's his birthday doo init.

Tune in to the event here for updates and pre-beam buzz: EVENT PAGE CLICK HERE

FULL BEAM! Rules will be in place... Players and dancers read on...

Failure to adhere to these rules will result on you getting bounced (does not apply to rules 3,4 & 5)

After a recent audit by the IMF - Full Beam! Ltd has been ordered to FREEZE all operations until a time where it can be deemed fit for proper and regulated conduct in accordance with international law.

Full Beam! CEO Randall Marsh found guilty of insider trading in relation to hundreds of cases of serious financial wrongdoing ie buying far too many bangers off discogs and from Russ at Vinyl Exchange. Marsh successfully files for 'Bulb-rupcy' under certain conditions.

As of from Friday 6th February all intellectual property and boogie credentials of Full Beam! to be owned, overseen and released into the care of Red Laser Corp until a time where Marsh can sort his act out and he and Full Beam! Ltd can successfully come out of Bulb-rupcy. 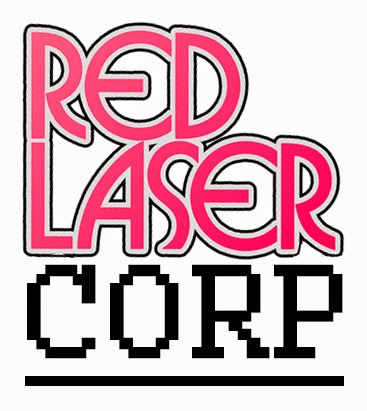 1. All Full Beam! intellectual property and boogie credentials now owned by Red Laser Corp.
2. Randall Marsh (Marsh) and sonofapizzaman ('pizzaman) ordered to 10,000 hours each of community service to be overseen by Red Laser Corp.
3. Marsh and 'pizzaman to sign contracts where they will be literally paid in peanuts to DJ (No Frills not KP) and put posters up for Red Laser Corp.
4. Full Beam! Hydrofoil now owned by Red Laser Corp (subsequently serviced and customized to run only on wines recommended by Il Bosco here: WINE REVIEWS #1   WINE REVIEWS #2   WINE REVIEWS #3)
5. Il Bosco buys 51% stake in The Pizzashop and now owns controlling interest in all Margherita pizzas, garlic breads (including the ones with tomatoey sauce on) and veal steaks.
6. 'pizzaman forced to sign over his pizzavan to Red Laser Corp for use in tactical maneuvers as part of Operation Bulb. Il Bosco sticks massive 'Red Laser Disco' sticker to side of pizzavan and commenderes it for a business trip to Wall Street USA.

7. 'pizzaman also ordered by the court to make vids for Red Laser Corp on demand.


9. Marsh legally required to produce merch for Red Laser Corp including this fantastic range of 'Bulb-Ray' (Trademark yo) specs. (available on Friday 6th February - whilst stocks last. Get down early!) 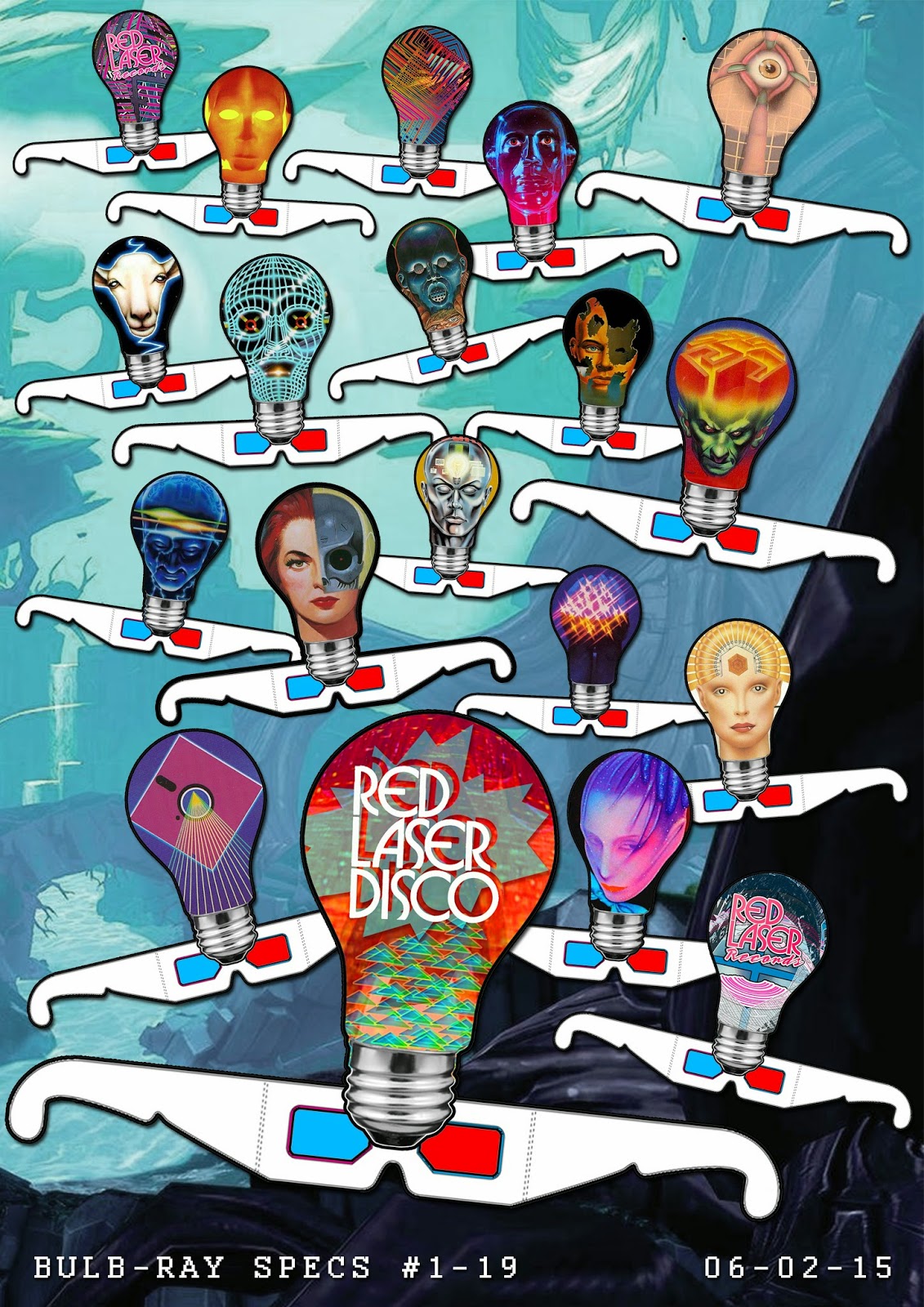 10. Marsh legally required to bang out posters on behalf of Red Laser Corp. 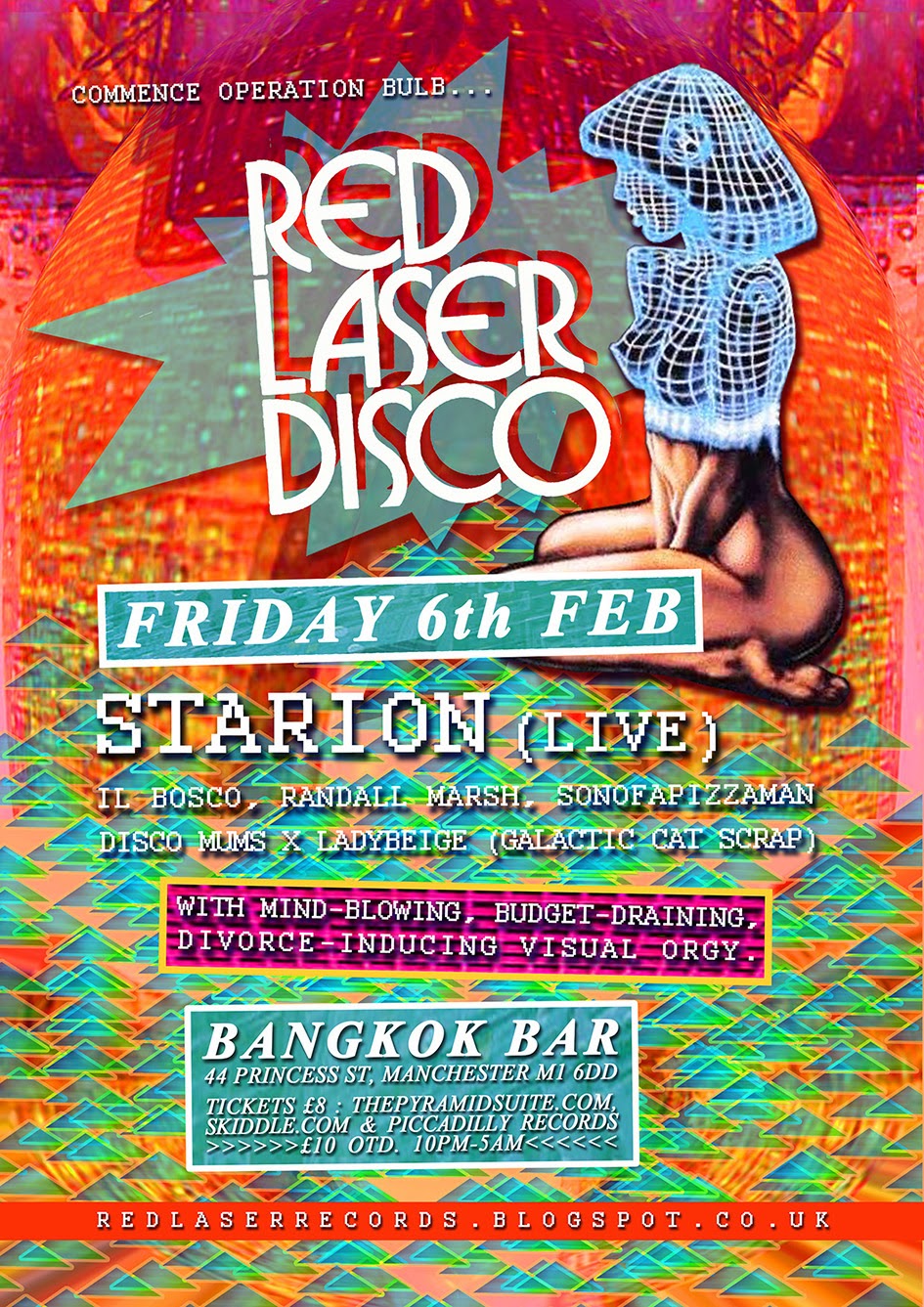 11. Marsh ordered to release Full Beam! material in torpedo bays including this blinder from Si:Fi

12. Marsh sentenced to start Full Beam! Records once fully recovered from Bulb-rupcy (Trademarking this as well). Marsh to send out the following greetings card to a host of high profile industry producers dead or alive. 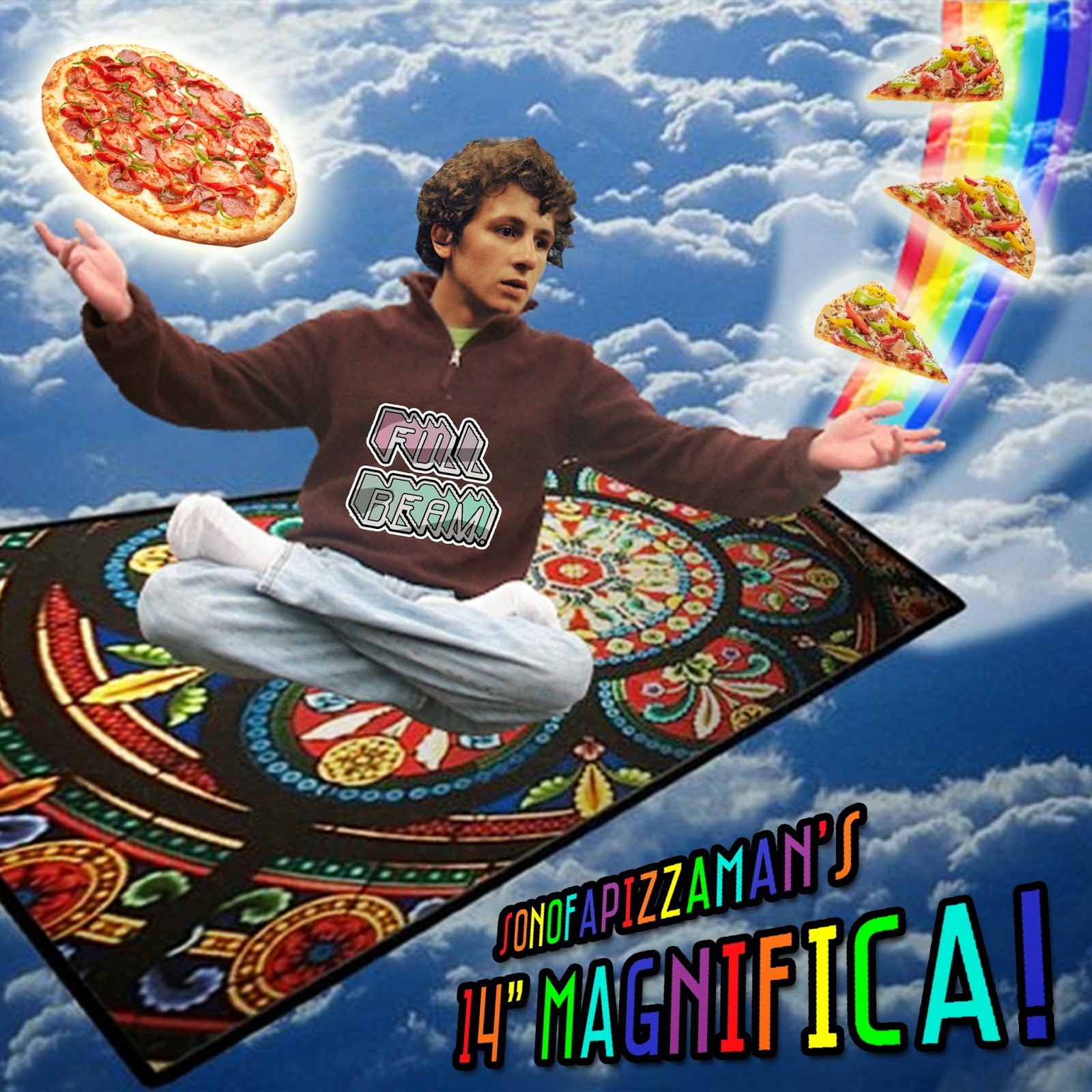 sonofapizzaman proudly presents his 14 inch Magnifica!!! Contains a fuck-tonne of boogie and italo toppings. No hotdogs in the crust or any of that sort of bullshit. This special guest mix for Red Laser Records includes a couple of yet to be released tracks from the label. 'Pizzaman robbed the keys to label chief Il Bosco's Red Rocket Racer and lifted some test pressings out the boot.

*WARNING - Will make you wanna eat pizza and fly a magic carpet over a rainbow. FINE TOPPINGS NO DROPPINGS.


*Join us as we climb the pyramid on Friday September 5th down at the Roadhouse in Manchester where we play host to GLOWING PALMS! - Part of London's flamboyant ENDLESS REACH crew and regular host on Resonance FM's ultra nice show THE GRAVY, this razor sharp northern cat has been steadily clocking up the showbiz credits, boasting slick DJ and Production skills. A prize stallion in the RUF KUTZ stable, G.P has fired out several whoppers for the label including a recent mammoth effort on the beautiful RK#9 12" where he pumps Skream's Midnight Request Line up on to the garage hydraulics for some heavy customisation, garnering a weighty nod from the Croydon stepper himself on Radio One recently.....

G.P can more than hold his own when it comes to a boogie jam and will no doubt also be armed with extra laser beams, rock-hard electronical cricket balls and massive floor pounders to boot. Expect them knickers to fizzzzzzzzzzzzz down at the Full Beam! boogietech on September Five....

Also entering the joust, we got ice-cold boogie knight - SI:FI hitting the canvass for this one... Part of Manchester's 3-on-3-off carouseling 'Doghouse Crew' which includes esteemed members of Manc institution : The Social Service (We're kidnappin' your boy for this one yo!)... Randy Marsh first met this cat on the Sunday League football pitch and got marked out of the game (Oi! RMx). A tight-pocketed solid defender, 1st rate sick cunt (soz girls) and a monster jock - Well looking forward to him oiling up the FB! runway...

So 1 bluey (5 pound note) equals PURE BOOGIE come September 5th... The Full Beam! team will be on site too for extra grunt... Full script detailed on the pinging poster at top of the page... Extra credit going out to Stanley Biff Jnr. (Straight out the Nile / Feet still wet) for providing the insane patterns. Stan will also be providing live Visual FX on the evening as we break into the subterranean chamber...

*Welcome to the PYRAMID SUITE ::: Tucked away deep inside the Great Pyramid of Longsight lies an e-commerce portal carrying locally sourced treasures made available to the wider universe...

*During your visit you are likely to discover Super Limited Edition Trinkets & Rare As Rocking Camel Shit Artifacts... With some special items exclusive to the Pyramid Suite and unavailable anywhere else! For example...... 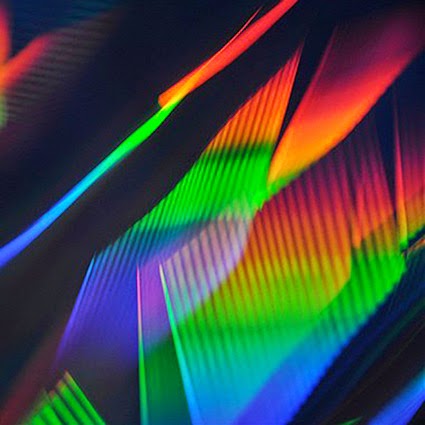 *Keep an eye out for more stuff as we get it in from now on. Follow us on Social Media Crud :::


SLIPSTREAM smooth cruises now available in 2 ports.... Already a monthly at THE SOCIAL in LONDON & now Sunny MANCHESTER will play host to evenings of power jazz, lagoon soul and low bpm serenades such as....

Steered by regulars BOBBY NAUTICAL, SWAYWARD & RANDALL MARSH who will be swimming between both cities on the regular....Strictly plain sailing and relaxed action... Shuffleboard vibes all night... Check the SLIPSTREAM PAGE for additional forecasts...